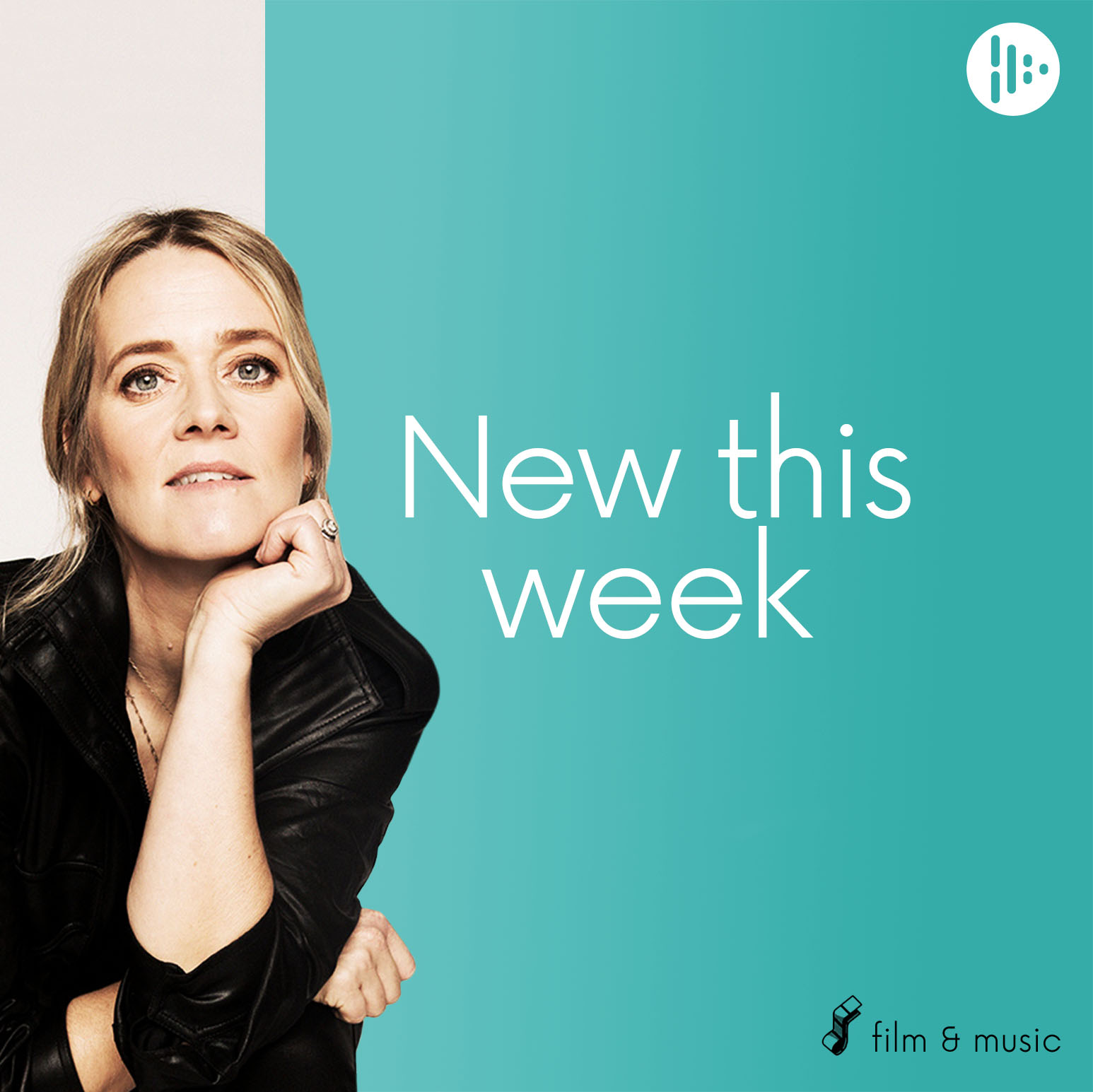 Join me for my weekly podcast, where I talk to Directors, Actors, Writers, Producer and Composers about their relationship with music, both personally and professionally. Subscribe here.

Last time we had our latest guest on the podcast was when he was kind enough to join Edith for a Soundtracking Live at the BFI on London’s South Bank. That was more of a career retrospective; this time, Tim Burton is here to talk about Wednesday, his first foray into making a television series.

As is so often the case with Tim’s work, Wednesday is scored by the great Danny Elfman, ably supported by Chris Bacon. There are also a couple of delicious needle-drops up for discussion.

It’s a welcome return to Soundtracking for Luca Guadagnino, a writer and director who always talks so eloquently and revealingly about the music in his films.

His latest project is Bones And All. The ensemble cast features Timonthee Chalamet, Taylor Russell and Mark Rylance in what is part horror, part romantic road movie and part period drama.

Bones and All is scored by Atticus Ross and Trent Reznor – or A & T as Luca describes them – who will themselves be joining us soon.

Thrilled to have another director / composer combo on Soundtracking this week in the shape of Sebastian Lelio and Matthew Herbert, who have joined forces on the Chilean writer/director’s latest film, The Wonder.

Starring Florence Pugh, it follows an English nurse sent to an Irish village in the 1860s to observe a young girl who is seemingly able to survive without eating.

It’s an amazing experience, narratively, visually and sonically, so we highly recommnend you dive in.

It’s one of those episodes of Soundtracking which we love so much, in which Edith gets to pick the brains of an up-and-coming filmmaker who’s just beginning their journey in the industry.

Charlotte Wells’s debut feature Aftersun is an absolutely beautiful piece of work, telling the story of Sophie as she reflects upon a holiday with her then young father they took together 20 years earlier.

As well as containing countless fantastic needle drops, Aftersun is also expertly scored by Oliver Coates, who very kindly furnished us with cues from his as yet unreleased score. Cheers, Oliver!

The film’s release is obviously hugely bittersweet for all involved with the sad passing of Chadwick Boseman – but, boy, have Ryan and the exceptional cast done his memory proud.

Here he discusses Chadwick’s legacy and the tonal influence his death has had on narrative, as well as the excellent soundtrack and Ludwig Goransson’s score.

We’re celebrating some of the most iconic film music of all time this week, as Mat Whitecross and David Arnold join Edith to discuss Mat’s excellent documentary, The Sound Of 007.

It does exactly what it says on the tin, featuring contributions from many of the key players from the franchise’s 60 year history.

It’s a welcome return to Soundtracking for our guest this week, as Martin McDonagh joins us to discuss his new movie, The Banshees of Inisherin

Starring Brendan Gleeson, Colin Farrell, Kerry Condon and Barry Keoghan, it is set on a small Irish island in the 1920s and tells the story of a musician who suddenly ends his friendship with a lifelong drinking buddy.

The Banshees of Inisherin sees Martin reunited with composer Carter Burwell, and you’ll hear plenty of his score throughout the conversation.

This week’s guest is a composer with a huge and varied body of work, who Edith regularly bumps into on the London screening circuit and has been trying to get on Soundtracking for some time.

Nanita DesaI’s work includes a remarkable number of TV shows – and films such as The Reason I Jump, For Sama and 14 Peaks: Nothing Is Impossible. The insight into the way she goes about her business is utterly fascinating.

Our guest this week is one of our favourite humans ever to interview – and someone who is in no small part the reason Soundtracking exists.

David O’Russell’s is an absolute master when it comes to using music in his films, as evidenced by his latest film Amsterdam, which is scored by our old friend, Daniel Pemberton.

Try stopping Edith and him nattering at your peril!!!

We’re discussing the music of a little gem of an Indie film today called It Is In Us All in the company of its director Antonia Campbell-Hughes and composer Tom Furse of The Horrors fame.

Set in Donegal, It Is In Us All tells the story of Hamish, a Londoner who returns to his ancestral home of Donegal, and is drawn into the world of a boy who nearly kills him in a car crash. You can watch it right now on Curzon home cinema.

Special thanks to Tom, who went to great and inconvenient lengths to provide us with cues from his score. Big ups!

We’re really excited about our latest guest on Soundtracking, who has made an absolutely sensational film which you can watch right now on Netflix

Romain Gavras’s Athena explores, in electrifying fashion, the chaos that erupts in the eponymous French estate in the wake of a brutal killing. It really is jaw-dropping from the very opening scene, which is a work of art as and of itself.

Athena is scored by Gener8ion, which is Romain’s collaborative creative project with his friend, Benoit Heitz, aka Serkin, and we’ll pepper plenty of the music throughout the conversation.

It’s been over three decades since the original graphic novel was published, but 2022 is the year that finally sees Neil Gaiman’s seminal comic book series The Sandman translated to the screen.

To try and explain the premise and scope of the Netflix fantasy series in a sentence or two would, frankly, be futile – and an insult to the epic dimensions of Neil’s imagination, and the work of the team that helped realise his vision for television.

So you’ll have to settle for one of said team instead – composer David Buckley – whose score is as complex, nuanced and varied as the narrative itself.

It’s another of those episodes we enjoy so much on Soundtracking, in which Edith gets to speak to both a director and a composer about a film they’ve worked on together

On this occasion, it’s Tom George and Daniel Pemberton, discussing Daniel’s score for Tom’s debut feature, See How They Run

Our latest guest on Soundtracking is a composer with a hugely diverse body of work – ranging from Big and Se7en to Ed Wood and Silence Of The Lambs.

Howard Shore has collaborated with Martin Scorsese on numerous occasions, and famously scored Peter Jackson’s Lord Of The Rings and Hobbit trilogies.

He has also provided musical accompaniment to 16 of David Cronenberg’s films, including his latest, Crimes Of The Future, which is what he joined Edith to discuss.

As regular listeners to the podcast know, we love it when we get to speak to directors and their composers at the same time, which is what we’re doing with Emma Holly Jones and Amelia Warner in our latest episode.

Emma enlisted Amelia for her debut feature film, Mr Malcolm’s List, a period rom-com about two friends who plot revenge on the eponymous suitor for rejecting one of them as a bride.

We have a composer for you today who has been on our wish-list for a very long time. Benjamin Wallfisch has built up strong relationships in the industry, perhaps most notably with our old friend Hans Zimmer, with whom he has collaborated on several projects including Blade Runner 2049.

Benjamin’s latest outing is on Ron Howard’s Thirteen Lives, which tells the miraculous true story of the boys and the football coach who were rescued from a Thai cave having been trapped by flooding.

We’re such a fan of the movies of our latest guest on Soundtracking, the wonderful Jordan Peele.

Following the critical and commercial success of Get Out and Us, Jordan goes fully widescreen with his sci-fi epic Nope, which sees ranch-owning siblings Daniel Kaluuya and Keke Palmer try to capture footage of an extraterrestrial spacecraft. We shall say no more than that …

As with Jordan’s previous two movies, Nope is scored by Michael Abels, and we share plenty of his music from the film too.

Our latest guests on soundtracking are partners in both a personal and creative sense, whose latest collaboration sees them bring us the utterly wild Bullet Train.

Husband and wife team of director David Leitch and producer Kelly McCormick have a lot of fun with a great cast to tell the story of a motley crew of rogues, who all mysteriously find themselves on the same Japanese train. We’re not gonna lie, the results are bonkers – in a very entertaining way.

As well as featuring an array of truly brilliant needle drops, Bullet Train is very deftly scored by Dominic Lewis.

Something a little different for you on our latest episode of Soundtracking, as Edith speaks to Baillie Walsh. Baillie is the director of the extraordinary virtual concert, ABBA Voyage, though to call it a virtual concert really doesn’t begin to describe quite how spectacular it is. Made in conjunction with the band, it features incredible life sized avatars – or ABBAtars – a mind-blowing light show and sensational live band, and is a full-blown assault on the senses in the best possible way.

As a show, it also raises questions about the future of gigs – and how big tours can be more sustainable.

We love the episodes of Soundtracking where we speak to both the director of the film and their composer, which is exactly what we’re doing today

Charlotte Colbert and Clint Mansell have combined to great effect on She Will, Charlotte’s unsettling little gem of a movie in which an ageing film star heads to retreat in the Scottish countryside and encounters mysterious forces emerging from the land …

Not one, not two, but three utterly joyous guests for you on this week’s episode of Soundtracking, all of whom are interpreting the work of a couple of very different types of genius.

First, we bring you Barney Douglas and Felix White, who have formed a doubles pairing extraordinaire on McEnroe, a documentary which Barney directed and Felix scored about the legendary tennis champ. It’s Wimbledon meets Michael Mann’s Heat, and they’ve absolutely aced it.

Then we have a first-time movie director who’s been wowing theatre audiences for years – the delightful Carrie Cracknell – on her Netflix adaptation of Jane Austen’s Persuasion.

We have such a treat for you this week, as the genius that is – and we don’t throw that word around lightly – Taika Waititi returns to Soundtracking to discuss Thor: Love & Thunder.

THRILLED to be welcoming back Natalie Holt back to Soundtracking – a composer who’s doing great things, most recently in providing the score for Obi-Wan Kenobi on Disney +.

Here she tells Edith about adding to the legendary musical landscape of the franchise, and meeting the man who’s behind much of it, her idol John Williams.

Our guest this week is visionary filmmaker Baz Luhrmann, who Edith has been a huge fan of for many years. He always takes you on a journey with his storytelling, both visually and through the maverick nature of the way he uses music and sound. You might have even heard last week’s guest, Lykke Li, referencing his Romeo & Juliet as a really seminal film for her.

His latest film is the glorious, colourful and immersive Elvis, his interpretation of the life of the one and Elvis Presley – The King – who is played perfectly by Austin Butler.